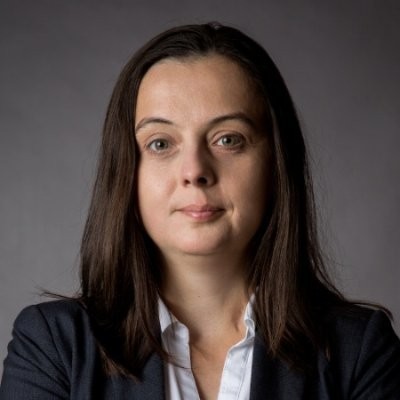 Emilia Tantar received her Master's degree in 2005 in the field of computational optimization from the Computer Science Faculty, “Al. I. Cuza University,” Lasi, Romania. She received her Ph.D. degree in landscape analysis in multiobjective optimization in 2009 from the University of Lille 1, France. In 2005, she joined the French National Institute for Research in Computer Science and Control (INRIA), Lille. Between 2007 and 2009, she held a lecturer position with the University of Lille 1. During her Ph.D. studies, she was also awarded an INRIA Explorateurs scholarship to the CWI, Amsterdam, Netherlands. She developed a strong interest in new challenging aspects regarding landscape analysis in multiobjective, but also in the theoretical foundations of stochastic methods and their scaling to practical problems. Before joining the Computer Science and Communications (CSC) Research Unit, University of Luxembourg, in October 2010, she was an INRIA Postdoctoral Researcher in the Advanced Learning Evolutionary Algorithms (ALEA) team, at INRIA Bordeaux, dealing with performance guarantees factors for multiobjective particle methods, such as evolutionary algorithms and rare event simulation techniques.